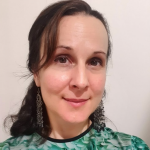 Values: creativity, curiosity, collaboration I am a creative producer, editor, and outreach film marketer, with a passion for social impact documentaries and factual series, with a personal mission of making the world a better place, one piece of content at a time. Through working with filmmakers, non-profits, and philanthropic donors and foundations, I am forging alternative funding models and pathways to audience. My research into impact producing included a 7-week placement in Indonesia with the media NGO, EngageMedia as part of my John Darling Fellowship in which I was the first Australian to receive. Other awards include 3 Golden Key Honour Scholar awards and a LiveLab award for Academic Excellence. I am currently writing a research paper on impact producing to complete my Masters Degree at Griffith Film School, where I also work as a sessional supervisor for undergraduate projects and industry professional practice projects. Recent career highlights including production managing Trish Lake’s Feature Documentary Love Opera, which premiered at the Brisbane Film Festival and performing the role of PMD for the Australian/Hungarian Feature Documentary LILI, which premiered at the Sydney Film Festival and through the exposure gained during its theatrical release in Hungary, LILI won the Hungarian Film Critics Award - the highest film accolade in Hungary. My current personal project is producing and directing a transmedia project including a feature documentary, TV series, and a YouTube channel in the health/science space. My impact documentary, Boobs & Babes is a deeply moving first-person film on women’s health, which was recently selected for the Dame Changers Screentank incubator at Fox Studios. I was also selected to be mentored by fellow impact filmmaker, Catherine Scott (Backtrack Boys), through a Screenworks initiative. In addition to my own projects, I am looking to collaborate with other creative filmmakers who are passionate about making a difference.